The Moto G5S Plus is one of the most balanced phones Motorola has on offer and it's selling at a really attractive price. Now that we finally got round to reviewing it, that is. Oh well, our timing isn't spot on but the package and the price are. 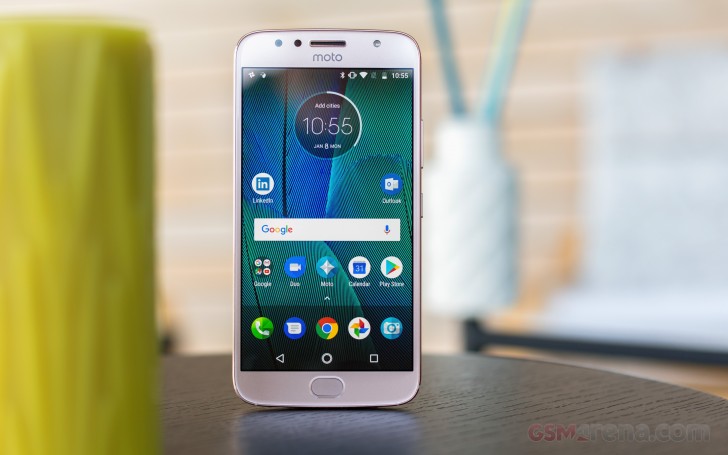 Let's get to it then. The G5S Plus is in the same family as the original Moto G, which offered amazing value for money when it came out in 2013. This one's set to bring more of the same. It's the 5th generation, with the S there for Special edition (it's even printed on the box). Generation 5.5 if you will. There's a smaller Moto G5S too, so the Plus moniker is supposed to distinguish the 5.5-inch model we have here from the regular 5.2" handset.

On the other hand, compared to the prior Moto G5 Plus of six or so months back, the G5S Plus brings a larger screen and a whole lot of cameras. It's now a dual 13MP setup at the back, though the Special edition has lost the dual pixel AF of the older, single 12MP shooter. There's a new 8MP selfie cam in place of the old model's 5MP unit.

The rest of it isn't all that Special. Snapdragon 625 is pulling the strings, and the Moto G5S Plus comes in 3/32GB and 4/64GB trim levels with a microSD slot to expand the built-in storage (a hybrid solution on the dual SIM models).

Motorola is sticking with a microUSB port for the G5S Plus when Type C would've been our preference. On the other hand, the FM radio and 3.5mm jack are most appreciated. It's all about trade-offs.

We like the presentation too - the Moto Zs come in striking red boxes, while for the G5S Motorola went with green.

The Moto G5S Plus comes wrapped in a cardboard box that is so green you can't miss it. Inside, you won't find a headset (boo!), but there is a TurboPower charger (yay!). The unit maxes out at 15W and is capable of outputting any of the following combinations - 5V/3A, 9V/1.6A, and 12V/1.2A. There's also a USB cable. 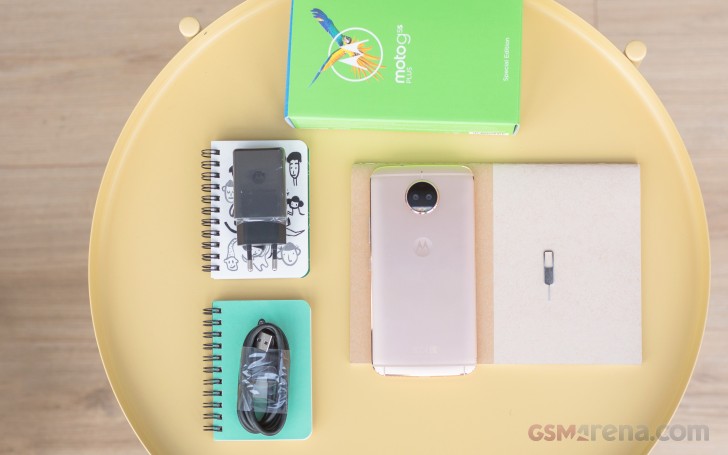